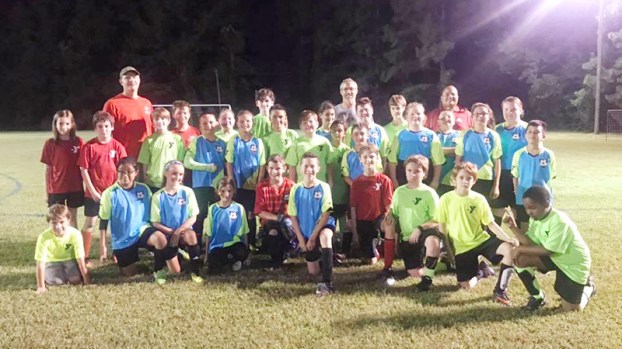 Officials with the league announced Tuesday that a community wide meeting will be held on Feb. 5, at 6 p.m., at First Baptist Church for those interested in participating and volunteering in the program for the 2019 season.

Once affiliated with the Atmore Area YMCA, which closed its doors in November 2018 for good, concerns about the program’s existence were raised, according to officials.

The soccer program’s origins go back to the fall of 2015.

President Alex Alvarez said in 2015, they decided to break away from their current league and do their own thing.

“We were nervous and scared because we only had 35 kids,” Alvarez said. “That wasn’t enough to maintain a program in house. Since then, it’s grown.”

Alvarez said each season during the spring and fall, the program averages more than 100 kids.

Alvarez said the program has had its own growing pains, and now that the YMCA is no longer affiliated, there’s need for some good, positive and healthy changes, hence the community meeting.

Alvarez said they’ve learned a lot, and several coaches have gotten their licenses to coach the game at a high level.

“We’re focusing on the quality of the program,” he said.

When asked what has kept the soccer program going, Alvarez said it goes back to their three pillars — working hard, having fun and being respectful.

“You can’t really ask much more else out of a recreational sports program,” he said. “Ultimately, we want these kids to have a good time. Most of the time, these parents are signing their children up so they can have something fun and healthy to do on a Saturday morning.

“We want that, but we also want them to focus on character building and teaching kids about responsibility and ethics, and how to work well with others,” he added.

Alvarez said the program is open to boys and girls ages 3-18, no matter the skill level.

To keep a program going of any sort, a volunteer base is needed.

Alvarez said the volunteers are the backbone of Atmore Soccer Inc.

“At the meeting, of course, we’re going to be opening our registration that night, but also we’ll be looking for volunteers to help with assisting with coaching as well as paid referees,” he said. “Any older players that are 15 to 16 years old that need cash in their pocket for gas and what not, this would be a great opportunity.

“The volunteer aspect of it is huge,” he said. “We can’t do it without the strength of volunteers.”

Alvarez said the program wouldn’t also be here without the support of the community and local businesses sponsoring the league.

“Their contributions have kept the program going,” he said.

Alvarez said sponsorship packages are available for the 2019 season.

Those who would like more information on the program can visit their Facebook page at Atmore Soccer.

Construction of a greenhouse at Escambia County High School is nearly complete. For the past few weeks, students in the... read more