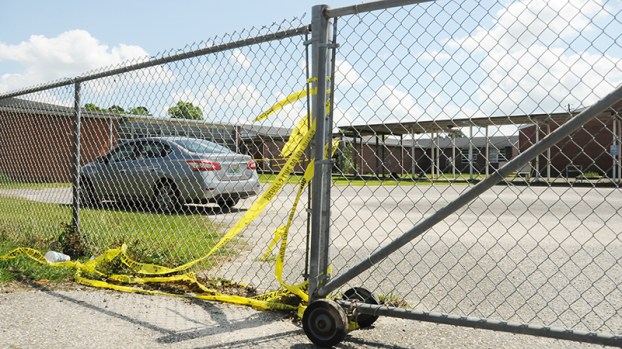 8 others injured during incident at life center

An Atmore man died and eight others were injured in an early-morning shooting in the cafeteria of the Atmore Family Life Center on May 18, according to officials.

Police Chief Chuck Brooks confirmed Tuesday that Chirshawn Jermaine Westry, 19, of Atmore, was found dead inside of the cafeteria.

Brooks said in a release on May 18 that the APD received a 911 call at approximately 2 a.m. in response to shots being fired at the center, which was the former Escambia County Middle School.

“Atmore police arrived on scene and immediately heard gun shots going off around the property,” Brooks said in the release. “Officers then began assisting the gunshot victims as well as restoring order.  After accessing the scene, officers found a male gunshot victim (Westry) deceased in the cafeteria of the building.”

Brooks said preliminary reports indicate a graduation party was held in the cafeteria.

“Witnesses stated a fight broke out between two females,” he said. “While trying to separate the females, numerous gunshots was fired inside the building hitting several individuals. The unknown suspects fled to the parking lot where several more gunshots were fired striking more victims.  A total of eight people were injured due to the gunfire and transported to Atmore Community Hospital for treatment of their injuries.”

Hours after the shooting, Escambia County Principal Dennis Fuqua released a statement in regard to the shooting.

“It’s always a great day to be a Blue Devil, but (Friday) was a day of triumph and tragedy,” Fuqua said in the statement. “By day, our seniors experienced the high of obtaining $8.6 million in scholarships, and our varsity football team experienced their first win of the season.

“Yet, by night, we all felt the pangs of tragedy due to the acts of violence that have left several of our past and present students injured,” he said. “It is unfortunate that the event at the community center has tainted the success our seniors and football team felt, but we love our Blue Devil family and will continue to pray for wisdom and healing.”

Escambia County Schools Superintendent John Knott said Tuesday that the property does belong to the board of education, adding an agreement was made between the Atmore Family Life Center, which is operated by Lillie Johnson, and the board for use as a community-based center.

“That’s something that happens across the country, and it’s not out of the ordinary,” Knott said. “That’s where public buildings can be used.”

Knott said the facility was designated for the Atmore Family Life Center, and upkeep and insurance were supposed to be upheld.

Knott said he met with Johnson, and “we have mutually agreed to end that relationship, and the board will be assuming the property again.”

Brooks said APD investigators ruled this case a homicide and no arrests have been made.

The APD encourages anyone with information on this case to contact them at 251-368-9141.

LaTongia Tucker is on a PKU mission. Tucker spoke to her grandson’s class May 16 at Rachel Patterson Elementary about... read more