The Atmore Police Department is still on the hunt for an inmate who escaped from a work release site and made his way to Atmore Friday. 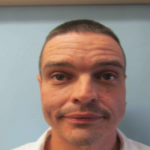 Chief Chuck Brooks said this afternoon the inmate, Travis Wyatt Dawson, 41, is still at large and the APD is following up on leads.

On Friday, the APD blocked off an area from the intersection of Craig Street and Rockaway Creek Road to Cinder Bran Road and with the help of the Alabama Department of Corrections, searched for Dawson.

Later in the evening, a portion of Highway 31 from the intersection of West Road about a mile south was blocked off as law enforcement tracked a new trail.

According to a release from the ADOC, Dawson escaped from the Loxley Work Release site at approximately 9 p.m. on July 10 in Foley.

As Hurricane Barry, a category 1 storm, approaches the Louisiana coast, rain will continue to fall in the Atmore area,... read more