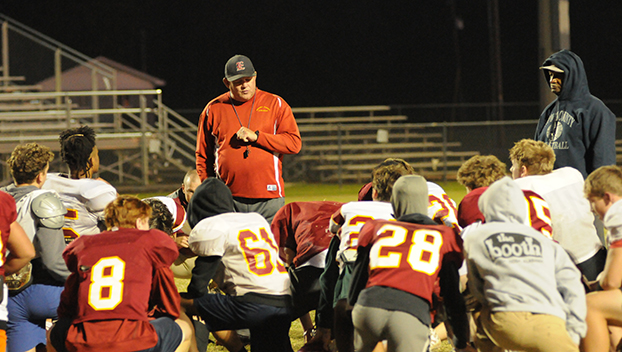 EA asks fans to line streets tomorrow for send off

Escambia Academy officials are asking fans to line the streets of downtown Atmore tomorrow morning as the Cougars head to Montgomery to play in the 2020 AISA Class 2A state championship.

EA’s bus will leave the Canoe School at 10:15 a.m. and then roll through town as it goes toward Interstate 65.

In regard to the game, EA will face Chambers Academy at 3:30 p.m. on Friday at the Cramton Bowl.

All this week, the Cougars have been practicing and spent Thursday in Montgomery going over some last-minute things at the game venue.