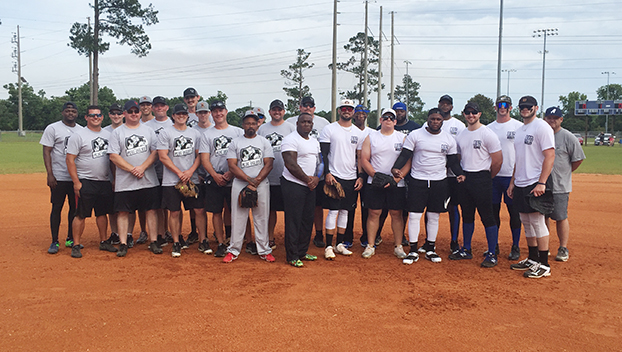 The Atmore Police Department beat the Atmore Fire Department 26-19 tonight in the Battle of the Badges Charity Softball game at Tom Byrne Park.

For the game, the APD was known as the Road Runners. The AFD was called the Plug Uglies.

AFD outscored APD 6-4 in the first inning, but the Road Runners came back in the second with four runs of their own, taking a 8-6 advantage.

In the third inning, the Road Runners scored four runs, and the Plug Uglies added three of their own to make it a three-run game.

Both teams put on stellar defensive performances in the fourth and fifth innings.

Proceeds from the game will be donated to The Forgotten Initiative.

Before the game, the game ball was delivered by CareFlight.