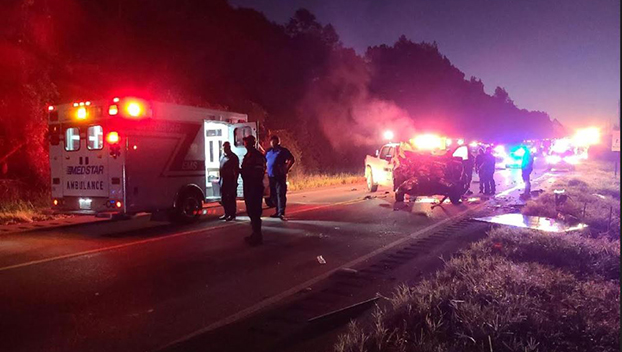 Nokomis Volunteer Fire officials responded to the call, which came in at 5:29 a.m. when two pick up trucks collided with one striking a bicyclist.

Capt. Jerry Gehman said one driver sustained serious injuries and was trasported by Medstar 1 Helicopter. The cyclist was transported to North Baldwin Hospital.

While the injured was transported to the helicopter, a second accident – a rear end collission – occurred on the bridge with minor injuries, Gehman said.

Highway 31 was shut down for more than 2 hours and Railroad Street was used to reroute traffic.

Several area aviators paid tribute to one of their own Oct. 8 during a flyover of Leonard Purvis’ graveside service... read more